Despite having nearly one million residents, the island of Oahu, Hawaii can feel like a small town. Thus, I had heard through the “coconut wireless” that “Tom” and “Kathy” were expecting a baby as I awaited the birth of my own second child. Months later, I was heartbroken to hear that the baby had not survived. As I cared for my newborn son, it was painful to even imagine the depths of their grief. I was, therefore, overjoyed when they contacted me a few years later to assist them in finalizing the interstate adoption of a baby girl. After such a tragic loss, I was thrilled to play even a small role in helping them grow their family. All seemed to be going perfectly with the adoption, too: due to a brief episode of premature labor, the families had the opportunity to meet in person on the mainland and get to know each other well before the baby’s arrival. After returning home with baby “Eva,” Kathy and Tom remained in touch with her birth mother, providing updates and photos via e-mail. It was, therefore, totally unexpected a few weeks later when I received an anxious-sounding message from Kathy, asking me to call her ASAP. When I called back, Kathy picked up immediately, sounding stressed and near tears. Kathy told me she had just discovered her recent fatigue and nausea were not the result of their mainland travel and sleep-deprivation: she was eleven weeks pregnant. My mind spun and my stomach dropped: after years of trying to have more children, and suffering unimaginable loss, Tom and Kathy were expecting. It was a miracle. But what about the adoption? I had never had an adoption disrupted and wasn’t even sure how one would go about it, what if– but then Kathy’s words pierced my swirling thoughts and I listened. And I realized Kathy and Tom had no intention of disrupting the adoption. To the contrary, as much as they had longed for the baby Kathy now carried, their only concern in that moment was whether the unexpected pregnancy might jeopardize their adoption of sweet baby Eva, whom they already loved so fiercely. With a full heart and a catch in my voice, I reassured Kathy that the impending birth of Eva’s sibling-to-be would not be viewed by the court as anything other than a blessing. The mainland and Hawaii adoption agencies agreed, and Eva’s birth mother expressed delight that Eva would soon have another sibling. To this day, it touches my heart when I see Eva and her just-slightly-younger sister, and am reminded that there is no hierarchy of love in adoption.

— Carol Lockwood is a AAAA Fellow practicing adoption and ART law in Hawaii. For more information about her visit, www.schlackito.com. 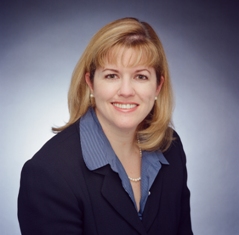