“The trees are about to show us how beautiful it can be to let things go.” – Unknown.

This summer I began representation of a young potential adoptive couple.  They live across the country, so when the expectant mother went into labor this fall the baby was born by the time they reached the small town Kansas hospital. The agency worker described to me the adoptive father’s tears as the biological father gently laid the newborn in his arms.  Shedding some fear, their dreams were finally coming true.

We discussed their questions and concerns. We talked through their fears and the fears that the biological mother might be feeling. I asked them to focus on what good the meeting could do. With some hesitation, they agreed to the visitation.  They set aside their fear of the unknown and took a chance on what was possible.

The next day I was so happy to hear how the visit went. To their surprise, the biological father also came.  They said it had been difficult, but beautiful. They said they really couldn’t imagine it going any better. They left in awe of their child’s biological parents, so happy they had that time together.

Adult adoptees have taught us that while the importance an adoptee feels towards their biological family varies, a child’s biological parent is always and will always be significant.  That biological connection will always be a huge part of a child’s story, and whether that part of their story is a positive or negative for them can be largely influenced by the child’s adoptive parents.

Many adoptive parents have to let go of countless expectations and anxieties when they adopt. It is not an easy task and it doesn’t end with the Decree of Adoption. This adoptive couple was able to start that journey, and were happier for it. They stopped seeking control and chose to start building a future they hadn’t planned.

As I listened to my clients tell me how in love with their son they were, I looked out across the November Kansas foliage and smiled.

— Megan Monsour is a AAAA Fellow practicing adoption law in Kansas. You can contact her through her law firm’s website, www.hinklaw.com. 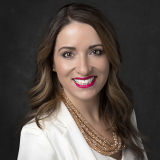